If you’re in the market for trial presentation software, and you don’t have the time or energy to master a more complex program, or are only an occasional user, ExhibitView may be right for you.

ExhibitView 5.0 runs well on Windows 8 and in wide-screen formats, and of course also works on older systems and formats. With its simple interface, anyone can quickly and confidently present and annotate exhibits. From the first introduction of the program in 2008, one of the primary goals of partners Bill Roach and Robert Finnell was to develop a program that anyone could quickly learn and take to trial. Although it certainly has enough power and capacity to handle large databases, the real key strength of ExhibitView continues to be its simplicity and ease of use.

Interestingly, Roach started this journey using TrialDirector, assisting attorney Finnell with his trial presentation needs. According to his bio, “In 1996, Roach & family moved to Atlanta to start his own audio/video business where he met and assisted Robert Finnell with many legal cases. One heart-wrenching wrongful death case ignited the spark that led Roach to create a presentation software any lawyer could use to win more cases. As VP of Customer Relations, Roach uses his creativity and innovation to make ExhibitView the trial presentation software that lawyers prefer.”

After a significant wrongful death case in 2004, the idea for ExhibitView was conceived. The entire story is detailed in an interesting timeline, showing the development and evolution of the program.

I have tried most of the popular trial presentation programs available today, and can confidently say that an attorney who wants to save a client some money by handling the entire trial presentation on their own won’t be intimidated by ExhibitView.

ExhibitView comes with a sample database which can be used to quickly get up to speed on the program. The desktop offers tabs for documents, images, and other exhibit items.

Once you create a new case database (one of the options from the startup screen, or may be accessed from the File menu), you can present evidence in just a few minutes. Please refer to this desktop screenshot for reference.

1.   Import documents – In the Documents tab, you will see an “Add Documents” icon in the top left corner (see image above). Click, and follow the prompts to your exhibits. While I’d like to see a true drag and drop import from the file folder to the program, this works fine.

2.    View exhibits – Drag and drop a document onto the presentation screen (center, left or right) area. Zoom in using the Callout tool, highlight desired text, or try some of the other annotation features. Some other programs such as TrialDirector will allow more options for displaying additional documents, but in reality, the most common presentation will be of just one or two exhibits together at a time.

3.   Connect your projector cable – In most cases, the projector will be automatically connected to the program, so you’re ready to present.

4.   Present your evidence – Click the Projector icon (at the top right of program window). You may leave it on, or use it to blank the screen. Alternatively, you may clear the presentation preview, which will put up a blank screen. This can be helpful if your projector defaults to a blue or white screen when there is no signal. ExhibitView differs from other trial presentation programs in that annotations are done directly on your preview screen, rather than your presentation view. This isn’t a problem unless you have a small laptop running the program, since you are not viewing the exhibit in a full-screen view.

5.   Win your trial – Well, that part is up to you, but you’ll have the tools to help you present the evidence.

ExhibitView is available for $549, plus $149 for an annual support contract. They also feature an iPad version and TranscriptPro. Additional info may be found on the ExhibitView website.

NOTE: If you are considering ExhibitView, it is available for 50% off today (May 30, 2014) and tomorrow. Purchase Any ExhibitView PC or TranscriptPro product for 50% off, by using promo code 50%OFF.

The last pair of trial laptops I purchased for myself was in 2010, so after 4 years of solid use, I figured it’s about time to update the fleet. Everything is still running fine, but I’d rather not push it until I have a courtroom meltdown.

When I purchased my last pair of laptops (yes, it is best to have two identical computers if you are in the “hot-seat”), I shared my Top Ten Trial Presentation Laptop Specs. Interestingly, those specs would still make up a capable trial presentation laptop today. The computer evolution cycle has certainly slowed since the late 1990’s and early 2000’s, when a computer could become completely obsolete within a couple years. At the time, the development pace of operating systems and software was so intense that if you wanted to upgrade to the latest version of something like TrialDirector or high-end Adobe graphics programs like Photoshop or Illustrator, you would find that a hardware upgrade was necessary to get the most out of them.

Model (Toshiba Qosmio X75): There are a few options for high-powered laptops, including HP, Dell (Alienware), MSI and Toshiba. Since a lot of the software we use is designed for Windows, if you’re a Mac fan, you’ll need to add some extra software such as Parallels or Boot Camp.

Operating System (Windows 8.1): A few months ago, I would have insisted on Windows 7. Now that Windows 8.1 has been released, things appear to be working properly. While the fluffy new “charms” desktop is cute and may be helpful if you’re using a touchscreen, it is simple enough to set up your desktop like Windows 7.

Memory (32GB DDR3L 1600MHz): RAM is one of the elements of speed, which is critical to trial presentation. Get as much as you can.

Display (17.3” widescreen): Although the small ultra-portable laptop or tablet make nice travel companions, there is not enough screen to work with if you are doing video, graphics oranimation work, or just running several open windows. When you are not connecting to a large external monitor, you’ll need all the screen real estate you can get.

Graphics Memory (3GB GDDR5): Discrete graphics memory is important if you are working with graphics, video or animations. This frees up the system RAM to focus on your applications.

Hard Drive (256GB SSD + 1.5TB standard): Unless you’re only carrying a couple of small databases, you’ll want as much hard drive as you can get. The solid state (SSD) drives are much faster, but are also more expensive, and are not yet readily available in the larger sizes. Some high-end computers feature an SSD for running the programs, and a standard drive(s) for storage. Although you could make an argument for using external drives, the more you depend on cables and extra hardware, the greater the risk for disaster or loss.

Optical Drives: As with the extended life of the 1.44” floppy drive in the legal professions (remember getting all of those transcripts on these?), so is the CD/DVD. Don’t be convinced that all you need now is a USB connector. You will still see CD’s and DVD’s frequently used to distribute video, exhibits and other media, and although you can get external drives for this, an internal is always sure to be with you.

USB Ports: USB (3.0) is the latest available standard, said to approach ten times the speeds of USB 2. You’ll really notice the difference when copying a case database from one drive to your backup. As with other features, more is better. Add an external drive, wireless mouse, remote for PowerPoint, and maybe charging your phone on another, and you’ve already eaten up 4 ports.

HDMI: Many recently-outfitted courtrooms offer HDMI connectors, so this is something to consider. You can always use an adapter if necessary, but less junk is better if your laptop comes with a port.

RGB: The SVGA cable is still considered the “standard” in trial presentation, as is the 4:3 screen display. Again, you can use an adapter, but having the port is easier, and will also help when configuring the external display. 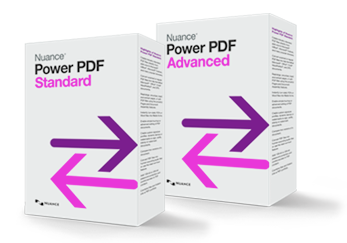 With the recent abandonment of the Windows XP operating system by Microsoft, many holdouts are now looking at replacing some old iron. Although I have been comfortably running Windows 7 since 2010, I recently decided to upgrade a couple of my trial laptops. This means getting a few software updates as well.

Adobe offers its free Acrobat Reader PDF viewer, which comes pre-installed on many new computers, or you can download the latest version. However, if you need to create and modify PDFs, perform redactions, or add Bates numbers, you’re going to need something a little more powerful. Unless you want to install an old full version of Acrobat, Adobe offers either a standalone upgrade version for $199 or a subscription plan for $19.99 per month for a single user. The subscription idea may work for some, but many prefer to choose when and if to spend money on software upgrades.

With the nature of law-related work, having full control over the documents is a must. As fate would have it, Nuance (makers of Dragon NaturallySpeaking, PDF Converter, PDF Reader) just released a new product called Power PDF, with two versions priced at $99 and $149. The Power PDF Advanced ($149) version is required if you want the added functionality of things like redactions and Bates stamping. They offer a 30-day trial of the software, which appears to be fully-operational.

Working with the software seems to be similar to Adobe Acrobat. If you know your way around Acrobat, you won’t have any trouble getting things done in Power PDF. Additionally, if you are making a computer switch, which likely includes Windows 8.1 at this point, everything is going to look a little different for a while anyway, so it might be a good time to consider any changes with other software.

Although there are some nice features, for the single-user license, I’m not sure $50 is enough of a difference to replace Acrobat. I would expect they will offer a discount in the near future, as they have already with the standard version ($89). Volume pricing is also available.