Which is more important – cost or value? Although both must be considered when bringing in a Trial Technician, cost will often override most other factors. In some cases, that doesn’t present much of a problem. In others, it can literally affect the outcome of the case, compromising the levels of experience and overall performance available to the trial team.

Monica Bay, Editor-in-Chief of Law Technology News, shares that their “Technology on Trial” column has been a reader-favorite since its inception in 2002, and that “High Profile Trials” was one of the top stories of 2013. Covering several newsworthy matters (Litigation-Tech provided trial support services for 2 of them), the article offers several examples of how technology has affected the outcome of a trial. It is interesting and entertaining to read about those big cases with the budget to bring in all of the best people and latest equipment. But what about matters which don’t have the big bucks available to support it? What are the options?

Lowest Cost – This would appear to be the easiest point to consider when evaluating multiple bids, although in addition to the hourly rate, other cost-related issues can be a factor. Some may offer a low hourly rate, but add “rush” charges or overtime premiums. Others may offer some or all of the trial presentation equipment at no extra cost. When comparing bid estimates, it is important to consider as many factors as possible.

Best Qualified – Vetting multiple providers can involve some additional research. Most will have a list of referrals, and can provide actual contact information if requested. Experience in matters of similar scope can save many hours, eliminating the need to “reinvent the wheel” for your case. Even in an age of readily-accessible information online, one of the best resources is the referral from a colleague. A referral provides the “inside scoop” that may not be available through other channels.

Best Value – One important business economics principle is the contrast between cost and value. Paying less money for the same item makes sense. Paying more money for a similar, yet superior item also makes sense. Every trial is unique, and decisions should be made appropriately. The least expensive option will fit some, and could spell disaster in others. 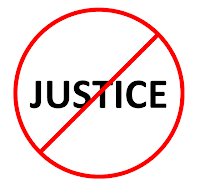 At the conclusion of many trials, we are asked to itemize the various services we’ve provided in order that they might be included in a cost recovery request. In the past, much of the preparation work was recoverable, including things like preparing demonstratives, animations and videos, editing deposition video excerpts, preparing an exhibit database and printing oversized boards. Oddly enough, the time spent during trial actually showing the evidence to the jury was generally not on the list. Although the Courts have openly appreciated and encouraged the use of technology in trial for many years now (see Judiciary Opinions on Technology in Trial)  -- even to the point of installing trial presentation equipment in our courtrooms, associated costs to make it all happen in trial were not considered recoverable. As a result, with top-flight trial presentation costs approaching those of a good expert witness, it could be tough justifying the non-recoverable expense in smaller matters.

During HarrisMartin’s California Asbestos Litigation Conference this week, Mahsa Kashani Tippins (Gordon & Rees) and I covered “The Use of Internet Technology in the Courtroom.” Our presentation focused on iPad apps, trial presentation, and internet access options, but I observed nearly everyone immediately taking notes at the mention of Bender v. County of Los Angeles, Cal. App. 2d Dist. (July 9, 2013) – a recent case in which trial presentation costs were deemed fully recoverable. You can download and view the entire opinion with this link, and here is the relevant section:

4. The Denial of Defendants’ Motion to Tax Costs
b. Costs for trial technology

Under Code of Civil Procedure section 1032, the prevailing party is entitled as a matter of right to recover costs. Section 1033.5 identifies cost items that are allowable under section 1032 (§ 1033.5, subd. (a)); identifies items that are not allowable (id., subd. (b)); and further provides that “[i]tems not mentioned in this section . . . may be allowed or denied in the court‟s discretion.” (Id., subd. (c)(4).) Any allowable costs must be “reasonably necessary to the conduct of the litigation rather than merely convenient or beneficial to its preparation,” and reasonable in amount. (§ 1033.5, subd. (c)(2), (3).) We review a costs award for abuse of discretion.

Plaintiff‟s memorandum of costs included a claim for $24,103.75 for courtroom presentations. These costs consisted of “Trial Video Computer, PowerPoint Presentation and Videotaped Deposition Synchronizing” “and the cost of a trial technician for nine days of trial. Plaintiff used a PowerPoint presentation in closing argument that consisted of a detailed summary of trial testimony, documents and other evidence as well as a “comprehensive evaluation of such evidence vis a vis jury instructions.” The costs included charges for creating designated excerpts from deposition transcripts and video, converting exhibits to computer formats (Tiff‟s & JPEG‟s), and design and production of electronic presentations. Defendants‟ motion to tax costs challenged this item, contending case law establishes these costs are not recoverable and that similar costs were “specifically disallowed” in Science Applications Internat. Corp. v. Superior Court (1995) 39 Cal.App.4th 1095, 1103 (Science Applications).

The trial court carefully considered all of defendants‟ contentions but ultimately declined to tax any part of these costs, explaining its reasoning in considerable detail. In essence, the court thought the costs should be allowed – in a case like this where attorney fees are recoverable costs – if the services in question “enhanced counsel‟s advocacy during the trial,” so long as the costs were “reasonably necessary to the conduct of the litigation.” The court found both points to be so: the synchronizing of the videotaped depositions, for example, including the cost of employing a projectionist to recover and retrieve the excerpts selected by counsel, both enhanced counsel‟s advocacy during trial and was reasonably necessary to the conduct of the litigation.

Defendants contend, based on Science Applications, the costs at issue are “explicitly nonrecoverable” and the trial court “had no discretion to award them.” In Science Applications, the appellate court approved some technology costs and disapproved others. It approved costs of over $57,000 for graphic exhibit boards and over $101,000 for a video “to help the jury appreciate the difference” between manual and computer-assisted dispatch systems that were an issue in the case. (Science Applications, supra, 39 Cal.App.4th at p. 1104.) It disallowed costs of $200,000 for “document control and database for internal case management”; more than $47,000 for “the production of laser disks „containing‟ trial exhibits”; a “graphics communication system” with costs of more than $9,000 for equipment rental and $11,000 for an on-site technician; and more than $35,000 “to have videotape depositions edited for effective presentation of the testimony to the jury.” (Id. at pp. 1104-1105.) The Science Applications court was concerned with technology costs in “staggering proportions,” observing if costs “are routinely awarded for high-powered technology, most parties will be unable to litigate.” (Id. at p. 1105.)

Almost 20 years have passed since Science Applications was decided, during which time the use of technology in the courtroom has become commonplace (including a technician to monitor the equipment and quickly resolve any glitches), and technology costs have dramatically declined. In a witness credibility case such as this, it would be inconceivable for plaintiff‟s counsel to forego the use of technology to display the videotapes of plaintiff‟s interviews after his beating, in the patrol car and at the sheriff‟s station, and key parts of other witnesses‟ depositions. The court in Science Applications was “troubled by review of a case in which a party incurred over $2 million in expenses to engage in high-tech litigation resulting in recovery of only $1 million in damages.” (Science Applications, supra, 39 Cal.App.4th at p. 1105.) This is not such a case. The costs at issue total just over $24,000, and the trial court specifically found the trial technology enhanced counsel‟s advocacy and was reasonably necessary to the conduct of the litigation. The court acted well within its discretion in allowing recovery of these costs.

A Nevada Plaintiff was recently awarded over $1 Million in trial presentation costs in a case worth in excess of $100 Million (see Cutting Costs in Trial), which may be reasonable, given the size of the matter and length of the trial. The good news here is that the Court is not locking in some arbitrary figure for the services, and neither should counsel. Actual costs will vary depending on several factors, including the amount of data (exhibits), special preparation needs (deposition video edits), demonstratives (graphics, animations, charts), the length of the trial itself, and of course, the work style of the trial team (long hours add up).

In his BowTie Law blog, Josh Gilliland shares, “I think Bender is an important opinion, because it recognizes the reality of the 21st Century. Human beings are visual learners. Trial presentation technology helps jurors (and judges) understand anything from complex issues to the credibility of a witness. Is such technology “reasonably necessary to the conduct of the litigation”? I say yes. Modern jurors expect to see facts orderly presented, with the factual dots connected to the jury instructions. Trial presentation technology is vital to meeting the expectations of jurors for effective trial advocacy.”

While there are still plenty of great excuses for going “old-school” in trial (see Why You Should NOT Use Technology in Your Trial), if you’re inclined to win one now and then, it could be time to reevaluate. With obvious value to all prevailing litigants, the decision in Bender v. County of Los Angeles is a significant step toward enabling and providing the benefits of technology to those who might otherwise go without.