Congratulations! You've just upgraded your laptop with the latest from Redmond (as in Redmond, Washington, home of Microsoft), and have finally figured out how to bypass most of the “purple charms” screen stuff. You’ll still need it to open apps, but other than that, unless you’re running a tablet, it’s cute, but not so functional – at least for lawyers, legal professionals, and other business-minded people. Everything is peachy, up until you try to play a deposition video or video DVD. 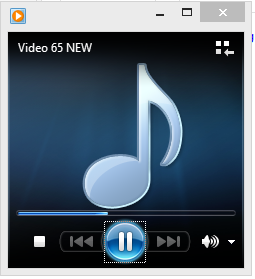 Now I consider myself fairly knowledgeable on things regarding the intersection of law and technology. When I informed one of my clients that we had a whole bunch of MPEG audio files (which were supposed to be deposition videos), the panic alarm began to wail. What a horrible discovery, as we scrambled to prepare for the next trial-of-the-century. When I tried to play the files using the default Windows Media Player, I could hear the audio, but there was no picture.

My client was able to “view” the video files using Windows 7. I assumed he was running some crazy rare CODECS (coder-decoders are used to play various audio and video files), and that these videos had been produced by someone with no clue as to standard video file formats.

I decided it was time to do a little research (I had apparently missed the Microsoft Developer Network bulletin) to see if others were having similar issues. After reading a few posts on the Microsoft site, I came upon an article that spells it out pretty well, How to Play DVDs in Windows 8. Bottom line – unless you either upgrade to the Pro Pack ($99 from Microsoft) or download another media player, you cannot play MPEG-2 video in Windows 8.

Fortunately, there are some decent alternatives, since at $99 per Windows 8.1 laptop, I wasn’t too excited about the Pro Pack. I went with the free (as in, “you’re not scraping another $100 per computer out of me this time”) AVS Media Player, since I have used some of their video software for several years. It works great, runs your MPEG-2 files just fine in TrialDirector, and disables the panic alarm. Another option, mentioned in the article is VLC media player. I haven’t tried it, but have found many positive comments about it.

If you’d prefer to stick with the Windows Media Player, you will find instructions here: http://windows.microsoft.com/en-US/windows-8/feature-packs/

Hopefully, some will read this article before making their own horrific discovery…