Note: Since this continues to be one of our most-read features, I wanted to add a brief update. First, the new link to the TacType (formerly iKeyboard) site is http://www.tactype.com/. Second, inventor extraordinaire Cliff Thier has another new product worth checking out, the Vector Cupholder. That site may be found at http://www.vectorwerks.com/. Shown at the far right of this image, this the perfect addition to help "spill-proof" your desk. 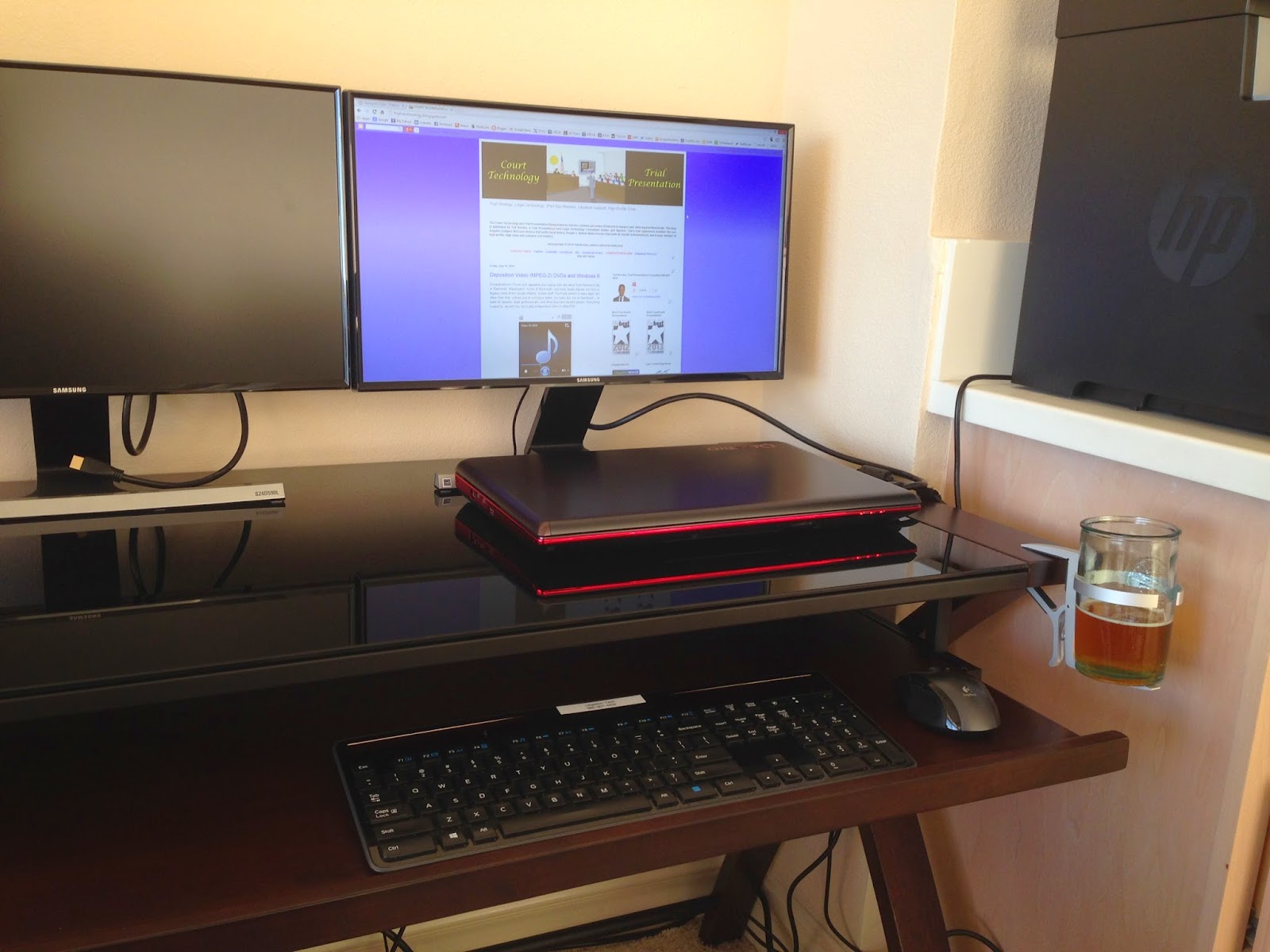 Finally (or, at least almost finally), a touch-typist’s dream-come-true – a keypad you can actually “feel,” instead of having to keep your fingers hovering above the iPad’s display, simultaneously watching the document you are creating, and the keypad, making sure you’re about to hit the right key. All of this is done as you’re also monitoring the auto-text to see if you can tap the spacebar for a shortcut or watching to see if you’ve misspelled a word. 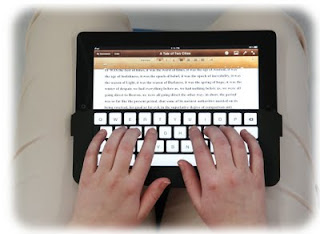 The iKeyboard has joined a long list of inventions on the Kickstarter website, each trying to hook an audience, in order to help with financing the initial development of an idea. I first learned of this when it showed up on #Tech & #Law.
(Note: The content at this Paper.li link changes twice daily, so you will not find this original article there, although you can find it on Mashable.com: iKeyboard Enhances Touch Typing on iPad)
I was so impressed with the concept that I joined what has now grown to over 500 “backers” of this Kickstarter project. Why? Because I’m not about to carry an external battery-powered keyboard, just so I can make my iPad work more like my laptop. Although the total weight would still be less than my laptop (but then, many full-sized desktop computers would probably be lighter), the advantage of easily fitting the iPad on the tray while on an airplane, or the social advantages of not being separated from others by your laptop screen, would all be lost.

The real advantage of the iKeyboard is that it can easily stay with your iPad, and since it lays directly on the iPad display, it doesn't add extra bulk, and doesn't mean having to tilt your iPad up to use it.
I eagerly look forward to receiving my first generation iKeyboard, and then followed by the next version (all part of my backer-level investment of $50).

If you’ve never heard of Kickstarter, give it a look. If you’re interested in the iKeyboard, you still have 4 days left to join as a backer. After that, you’ll pay retail to whoever sells it. Stay tuned, as I will review it as soon as I get it and have a chance to try it out.